The purpose of this consortium shall be to contribute to and promote collaborative research in the areas of robotics and advanced technologies as applied to healthcare for the purposes of rehabilitation, therapy and functional independence. In particular:

To fulfill its purpose, the consortium shall act directly by its board or through its members or through specialized groups created by its members. ICORR is a non-profit organization registered in Zurich, Switzerland.

The International Conference on Rehabilitation Robotics (ICORR), started in 1990 as part of RESNA and took place in Delaware (USA). From that time, every 2 years, the ICORR conferences are organized to promote robotics and assistive technology for rehabilitation. ICORR conferences have taken place in the following locations: 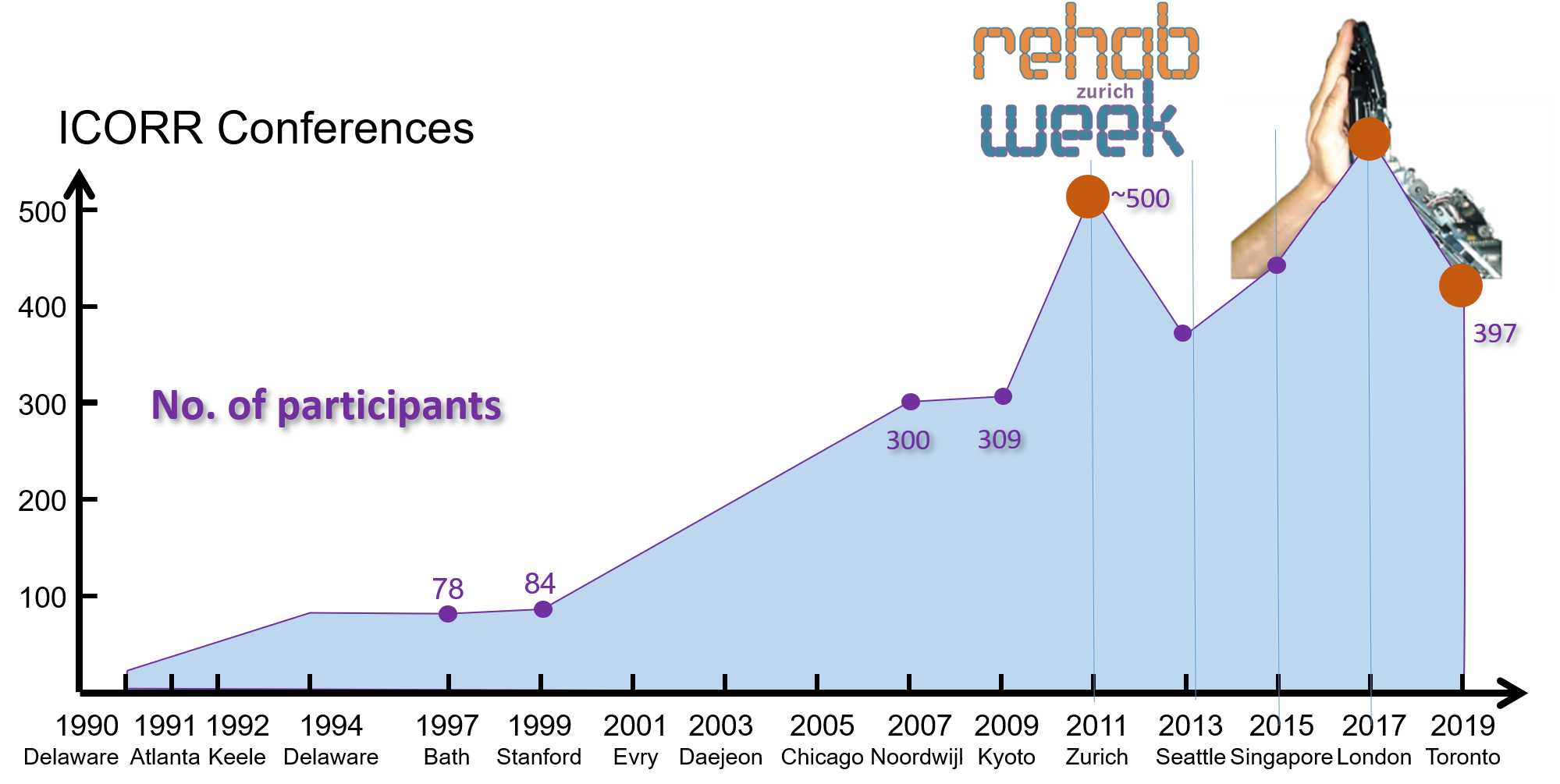 In 2011, the conference ICORR was organized in Zurich and joined the REHABWeek event, a week-long event that brings together different conferences in the field of rehabilitation technology at the same time and place. The conference registered a relevant peak in the number of participants, with about 500 participants.

Foundation of the “International Consortium on Rehabilitation Robotics”

In August 2018, as a side event of the BIOROB conference (Enschede, NL), the International Consortium on Rehabilitation Robotics was founded. The ICORR consortium is an international association, which still includes the organization of the conferences ICORR, as well as additional events to promote science, technology, and education for the promotion of “Rehabilitation Robotics.” The founding elect board members are as follows:

The presidents of four of the largest societies in the field of rehabilitation technology, the IFESS, IISART, ICORR, and ISVR met in Zürich in February 2018, along with representatives from Kenes M+. They decided on the terms of an umbrella organization, the International Consortium for Rehabilitation Technology (ICRT). This umbrella organization will foster communication between the societies, and specifically allow the organization of the RehabWeek under one common name.